The Australian Dollar got little help from a stellar jobs report today and the RBA might have to raise rates by a lot more than 50-basis points at their next meeting in August.

The overall change in employment for the month was a massive 88.4k instead of 30k anticipated. Full time employment increased a whopping 52.9k, while 35.5k part time jobs were added in June.

The participation rate nudged up to 66.8% from 66.7% prior and higher than the 66.7% anticipated. The extent of the good news in this report cannot be overstated, but it can be overlooked. The market is looking further down the track and sees storm clouds brewing. 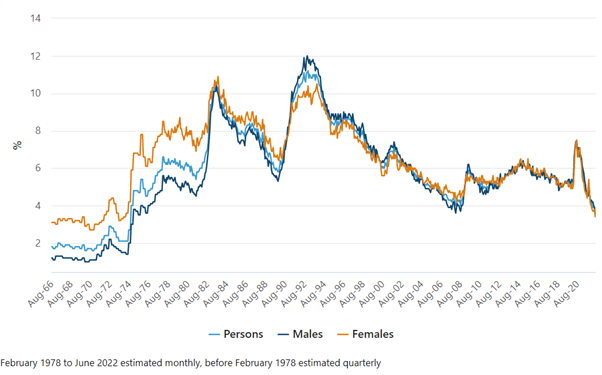 US CPI was released overnight and came in at a shocking 9.1%. That is a nightmare for the Fed when they are trying to target 2%.

Entrenched inflation is much worse for an economy than a recession or two. Recession fears may ultimately cede to hyper-inflation worries.

The train appears to be pulling out of the station and the Fed is desperately running after it with the market now pricing in more than 75 basis points for the next hike from them.

The Bank of Canada hiked by 100 basis points overnight and the RBA might be looking at something similar if second quarter CPI comes in as hot as expected in two-weeks’ time.

If we break down the Australian quarterly CPI numbers, another shocking inflation report could be lurking.

The first 3 months of the year only includes 1-month of the massive surge in commodity prices, notably energy and food. The largest increases in production costs were yet to be fully passed through to the consumer.

Looking at the extraordinary rise in energy, food and building materials over the second quarter of this year, there is a strong chance of a much higher number.

The RBA might go for a jumbo hike at their next meeting on Tuesday 2nd August.

Whether or not this translates into higher AUD/USD remains to be seen and global machinations will continue to impact the Aussie. 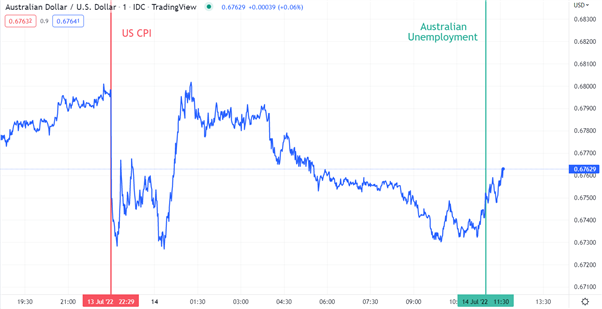