Crude oil has reversed sharply in recent sessions after a sharp post-OPEC rally. A late-September decision from OPEC+ to cut output saw oil prices surge by more than 20%, but those gains have evaporated as recession fears remain top of mind. President Joe Biden has also announced that the US will release an additional 15 million barrels from the Strategic Petroleum Reserve (SPR) to help US consumers. While supply concerns will continue to dominate the headlines, traders will be looking to the chart for clues to near-term direction.

WTI has fallen nearly 9% from the OPEC fueled rally that topped out at $93.62. While a myriad of fundamental factors took the price of oil higher, WTI ultimately reversed course and trended lower after reaching severely overbought conditions. On the 4-hour timeframe, the relative strength index (RSI) reached 84 before easing. Price has since consolidated into a symmetrical triangle, which may hint that a big move could be on the cards in the near-term. A positive sloping RSI also indicates that bullish momentum is building, which could lead traders to speculate on a bullish breakout. 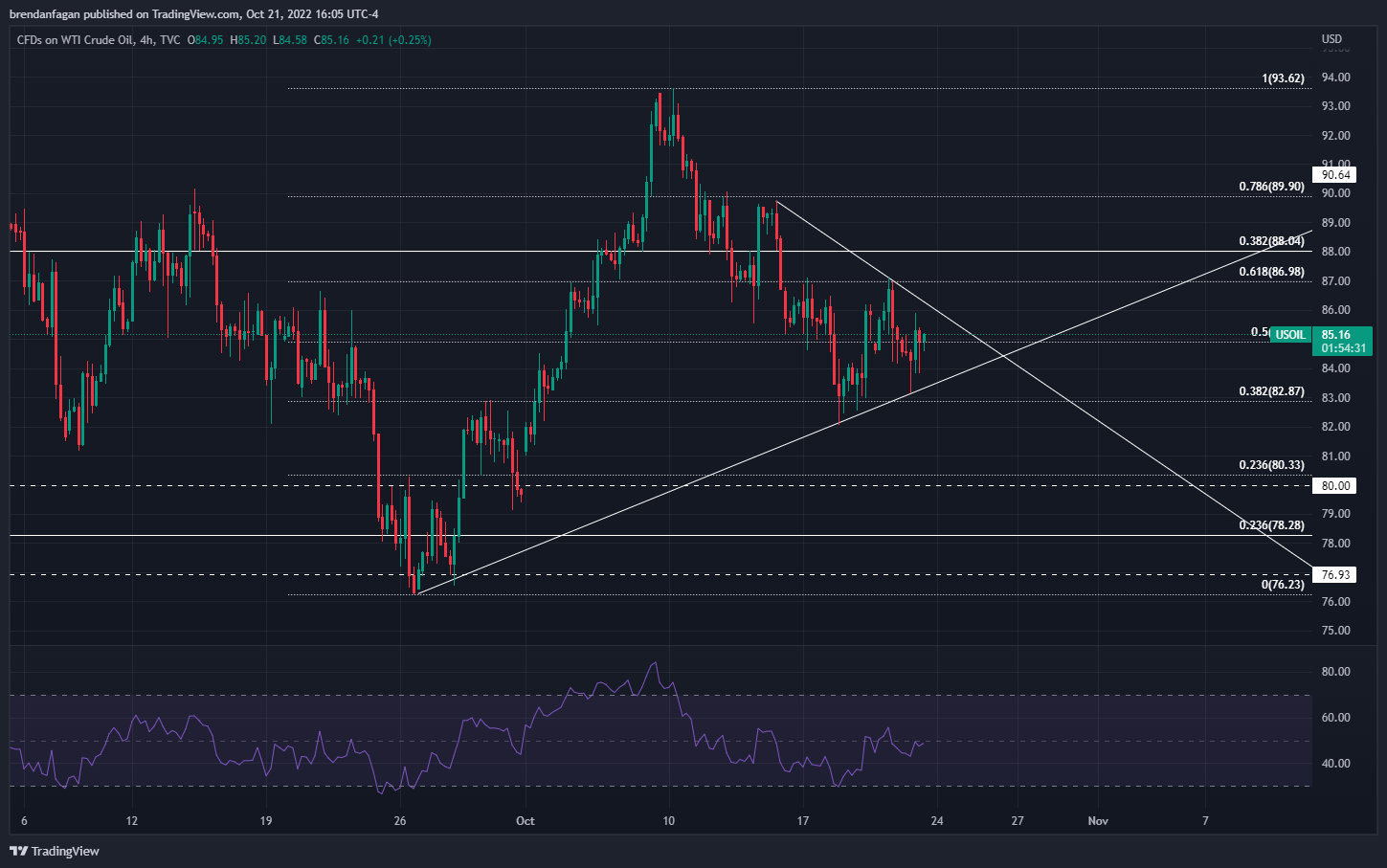 When we back out to the daily timeframe for WTI, we see a notable trend shift out of the multi-month downtrend. While there had been some rallies of notable size throughout the summer months, almost all lacked the structure of a true regime shift. This post-OPEC rally has notched both a higher swing-high and higher swing-low, while also holding trendline support in the process. The $83 level has also held nicely as support following the retrace of the OPEC fueled gains. Should oil break through fib resistance at the $88.04 level, WTI may look to trade back to the early October swing-highs below $94/bbl. In order for bullish continuation, those highs would need to break in order to retest the massive $100/bbl level. 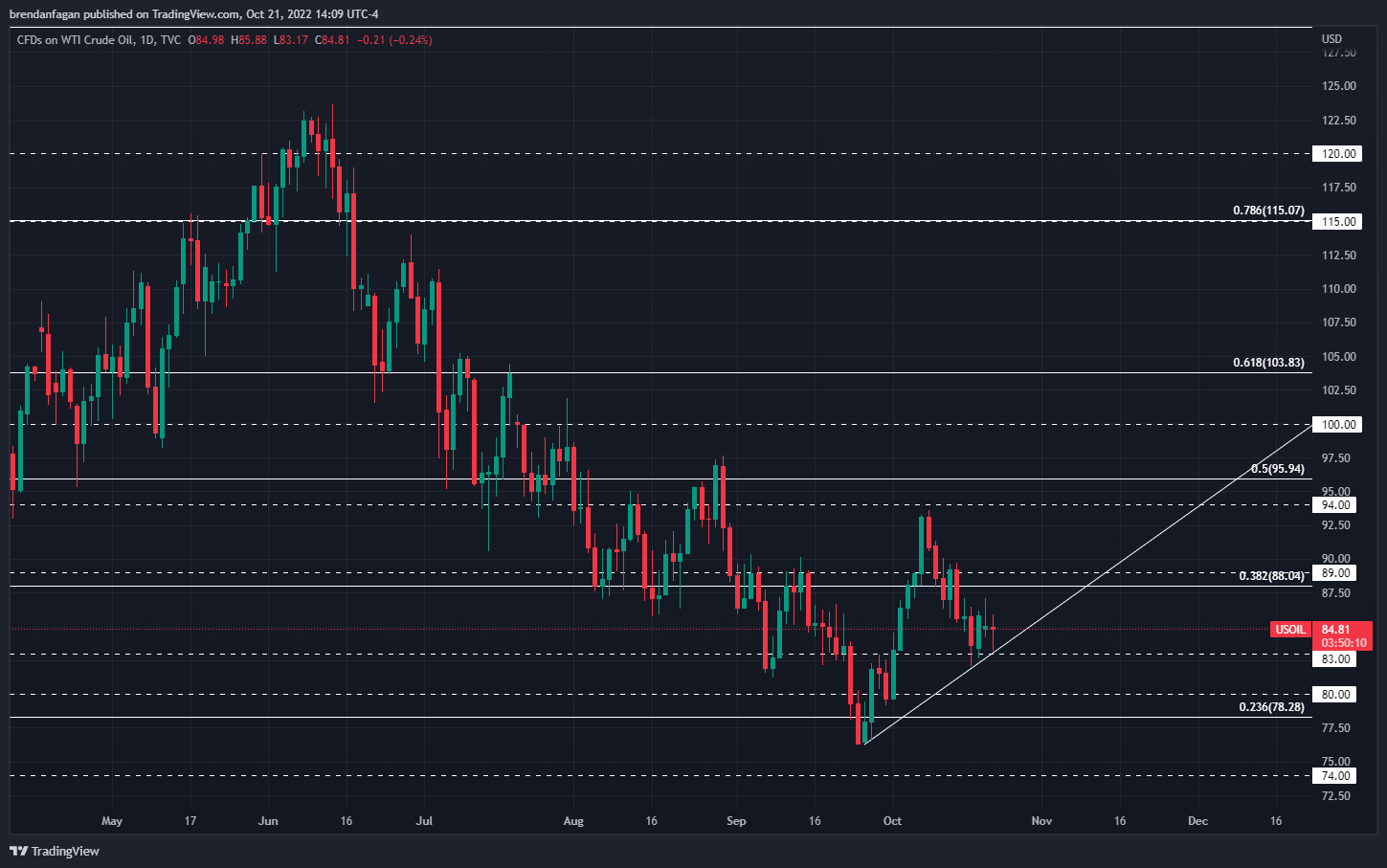 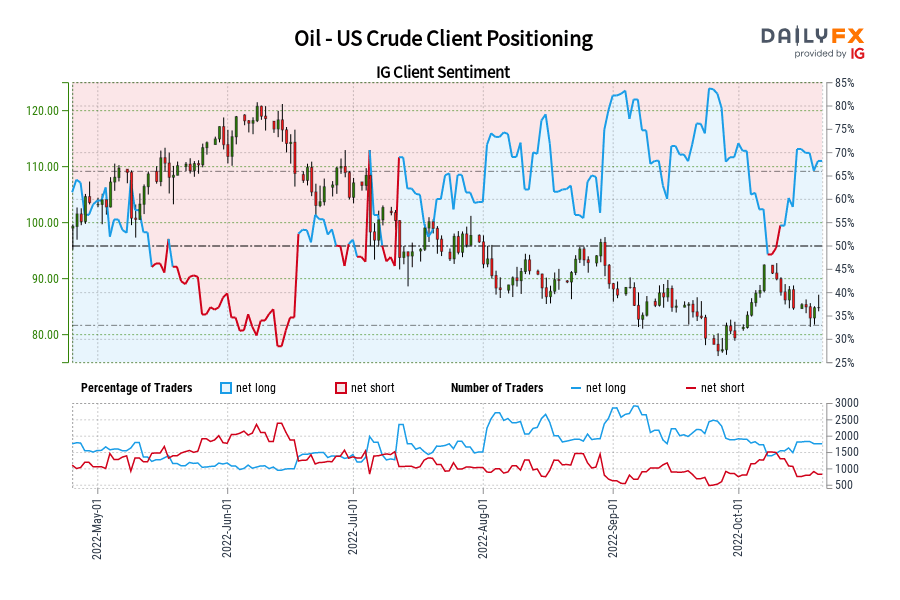 We typically take a contrarian view to crowd sentiment, and the fact traders are net-long suggestsOil– US Crude prices may continue to fall.

Yet traders are less net-long than yesterday and compared with last week. Recent changes in sentiment warn that the current Oil – US Crude price trend may soon reverse higher despite the fact traders remain net-long.