The Japanese Yen appears to be stealthily sliding while Japan are on holiday to start the week.

USD/JPY spent the entire Asian trading day above 145 in their absence. A level that had previously been seen as a line in the sand for Bank of Japan to intervene.

The US Dollar was boosted going into the weekend after solid jobs data on Friday gave Treasury yields a lift. Last week saw a parade of Fed speakers get the message across that rates will be high for a long time. The ‘big dollar’ is stronger across the board so far today.

That uptick in Treasury yields flowed into the Australian bond market. The benchmark 10-year Australian Commonwealth Government bond (ACGB) is now returning over 3.90% after dipping to 3.64% last week.

It did little to save the Aussie Dollar though, it tumbled under 0.6350 for the first time since the pandemic began and has been the worst performing major currency so far today.

The strong US economic data undermined Wall Street as fears were stoked of more jumbo hikes from the Fed.

APAC equity markets followed the lead, all finishing in the red as worries about the global growth outlook are being deepened by the impact of further rate hikes in most parts of the world.

Crude oil dipped on the negative outlook with the WTI futures contract back under US$ 92 bbl and the Brent contract nearing US$ 97 bbl.

The gold price is also under pressure, trading under US$ 1,690 an ounce.

A number of ECB and Fed speakers will be expressing their views today but the focus for this week will be US CPI that is due out on Thursday.

USD/JPY remains in an ascending trend channel as it approaches the 24-year high seen last month at 145.90 and that level may offer resistance. 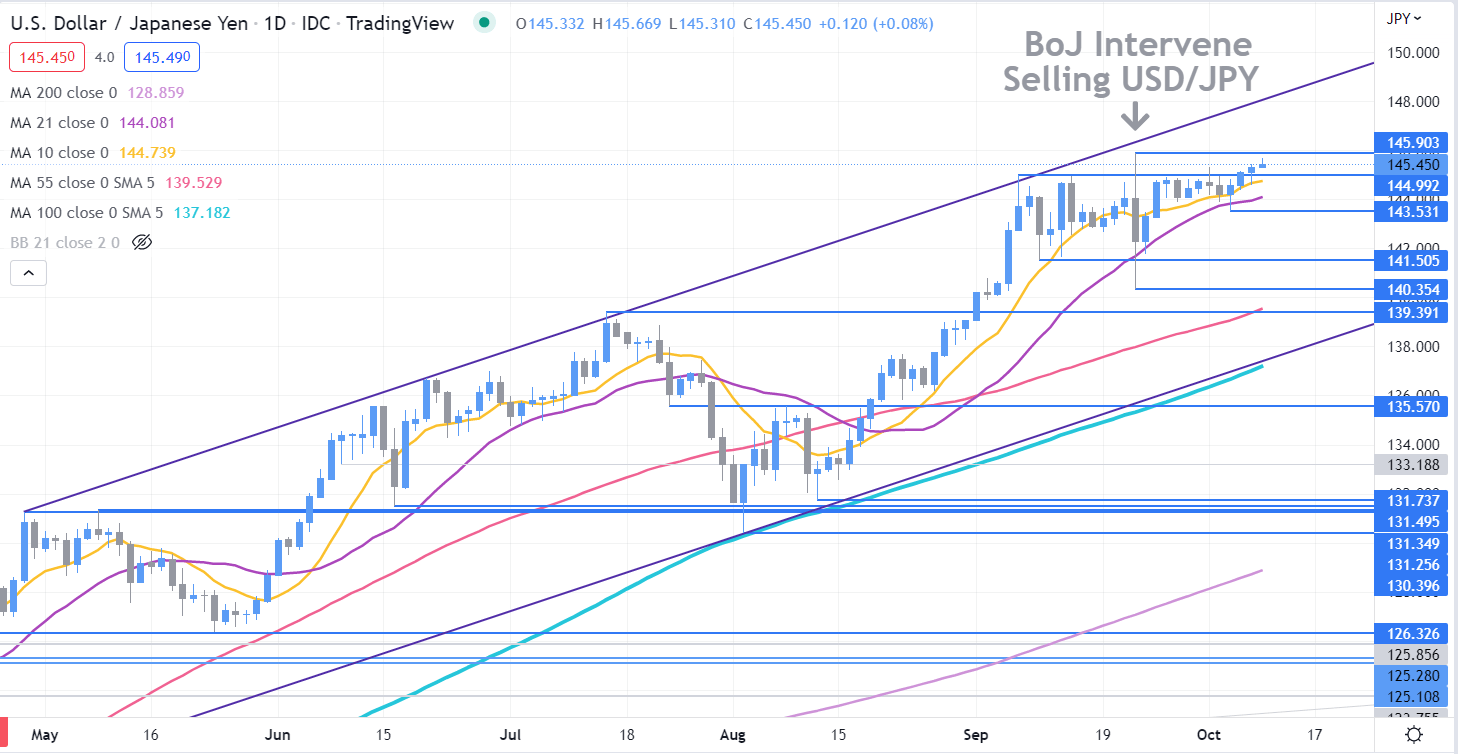