The move lower broke below an ascending trend line and progressed to pierce the lower band of the 21-day simple moving average (SMA) basedBollinger Band. When the price moved outside the upper Bollinger Band in July and then closed back inside the band, it marked the top in that bullish run.

For traders looking to buy this dip in USD/JPY, a close back inside the Bollinger Band might be something to watch for clues on the end of the bearish run. It should be noted though that past performance is not indicative of future results.

The price is below the 10-, 21- and 55-day SMAs but remains above the 100- and 260-day SMA. This might suggest that short and medium-term bearish momentum is unfolding while underlying long term support remains.

A move back above the 10-, 21- and 55-day SMAs may suggest a resumption of bullish momentum. 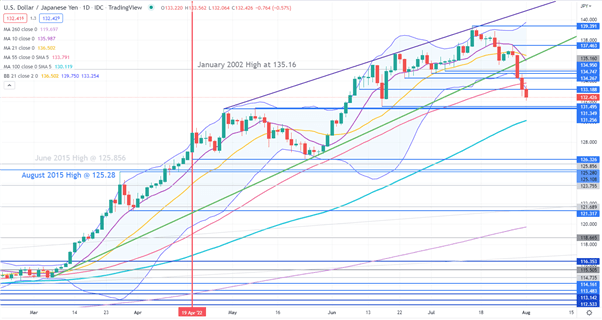 CHF/JPY has traded in a 138.68 – 143.75 range for six weeks and those levels may provide support and resistance respectively.

This is despite the Yen appreciating significantly against many other currencies in the last week. 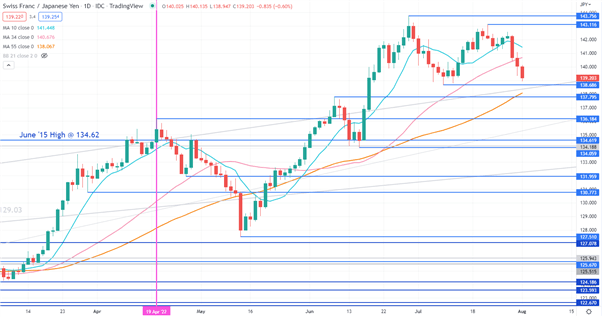