Home » News » Strategist » Japanese Yen Slips Against US Dollar as Intervention Might be Tested. Where to for USD/JPY?

The Japanese Yen is once again eyeing off the 145 handle to start the week. Intervention by the Bank of Japan selling USD/JPY last week saw tumultuous price action. A move back above 145 will be watched closely to see if the central bank is still keen to defend that level.

The driving force is monetary policy disparity with the BoJ maintaining a super loose stance, while the Federal Reserve have backed up their words with continuing jumbo rate hikes.

Decades of economic woes have seen much lower domestic interest rates for Japanese investors and with US rates heading north, the US Dollar is luring Yen selling, sending USD/JPY higher.

The BoJ have a policy rate of -0.10% and are maintaining yield curve control (YCC) by targeting a band of +/- 0.25% around zero for Japanese Government Bonds (JGBs) out to 10-years.

On the one hand, the bank wants to maintain loose policy and then on the other hand they want to stem the depreciation the Yen.

At a time when Treasury yields are shooting higher, the attractiveness of buying USD/JPY seems apparent.

Earlier today we saw the Jibun Bank September manufacturing PMI for Japan come in at 51.0, below the prior month’s 51.5 but still a positive read. On Friday this week, Japan will get retail sales data, jobs numbers and industrial production figures. 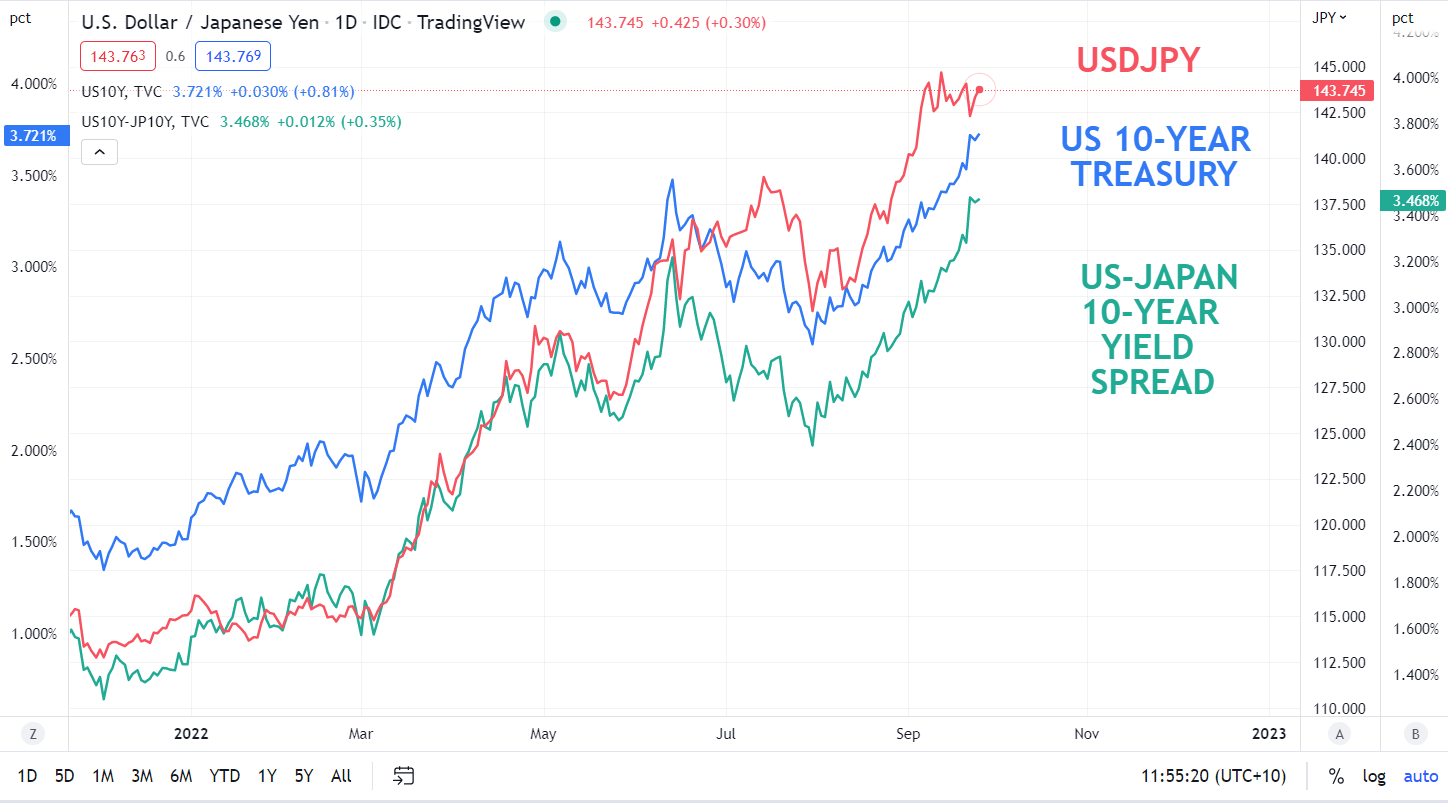 USD/JPY made a 24-year high last week before official intervention saw a collapse in the exchange rate.

The price remains in an ascending trend channel and appears to be potentially re-establishing bullish momentum,

The 10-day SMA is nearby and a clean break above it would confirm that the criteria for a TMA has been met. 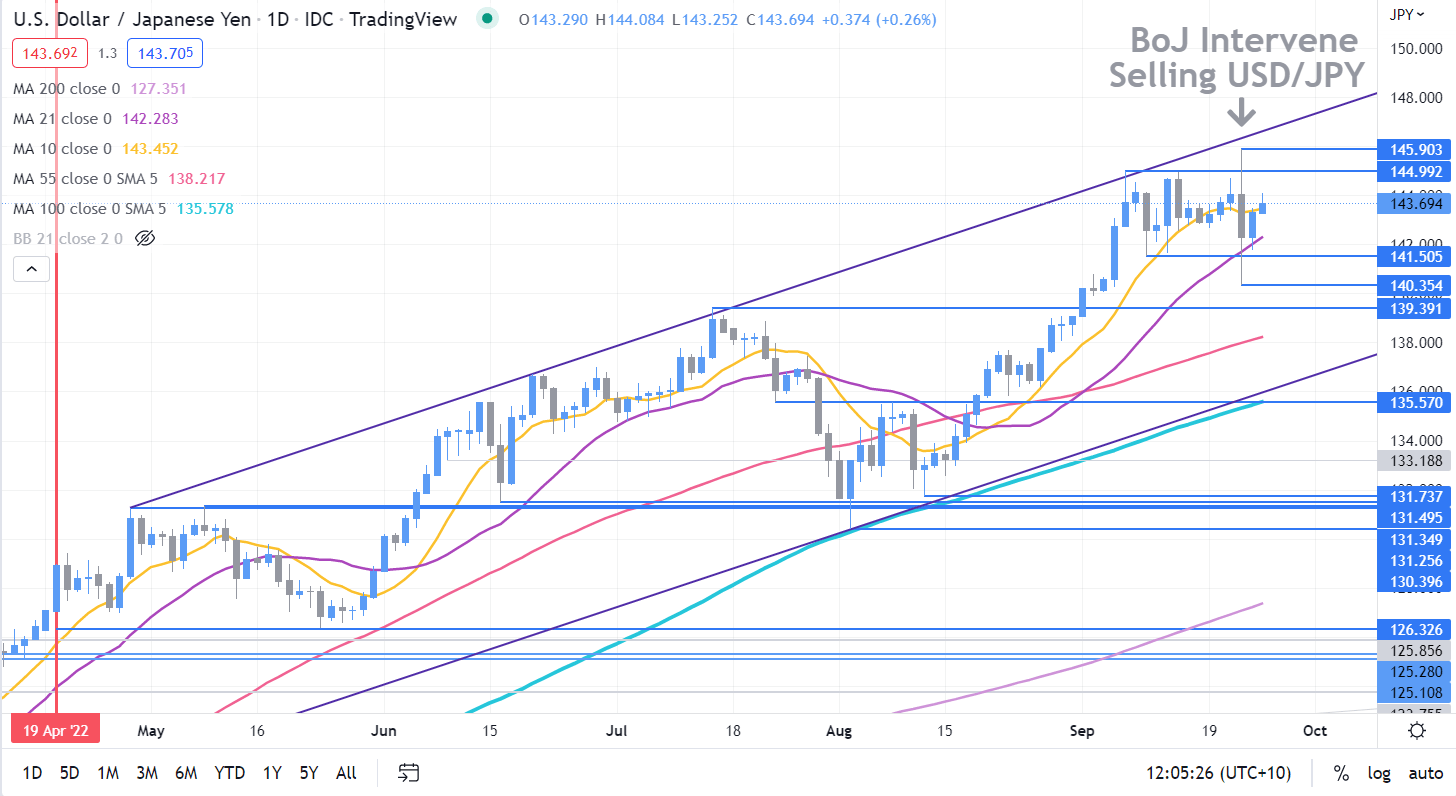