The U.S. dollar, as measured by the DXY index, plunged nearly 4% to its weakest reading in almost three months this week (~106.4) after the latest U.S. inflation report surprised to the downside by a wide margin, prompting traders to reprice lower the path of monetary policy.

October headline CPI clocked in at 7.7% y-o-y versus 8.0% y-o-y expected, hitting its lowest level since January, a positive step in the fight to restore price stability. The core gauge also cooled, easing to 6.3% from 6.6% previously on the back of a steep decline in medical care costs.

The encouraging data strengthened the case for the Fed to downshift the pace of interest rate increases as soon as next month, with traders now assigning a more than 80% probability to a 50 basis point hike and almost ruling out a 75 basis point adjustment in December, as seen in the chart below. 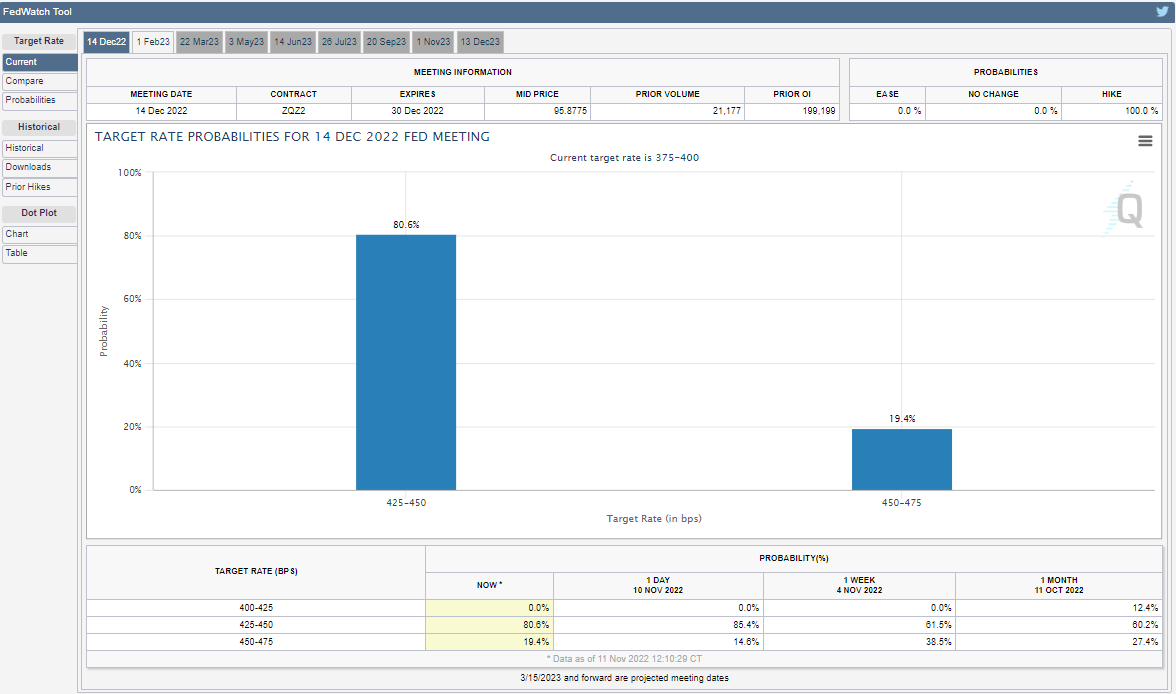 In light of these developments, the FOMC terminal rate, implied by the Fed’s 2023 futures, has drifted lower, causing a sharp pullback in U.S. Treasury rates (see last chart). While one report does not change a trend and will not be enough to convince policymakers to alter course, it may put ceiling on bond yields as traders attempt to front-run the central bank’s next moves. The U.S. dollar will struggle in this environment. 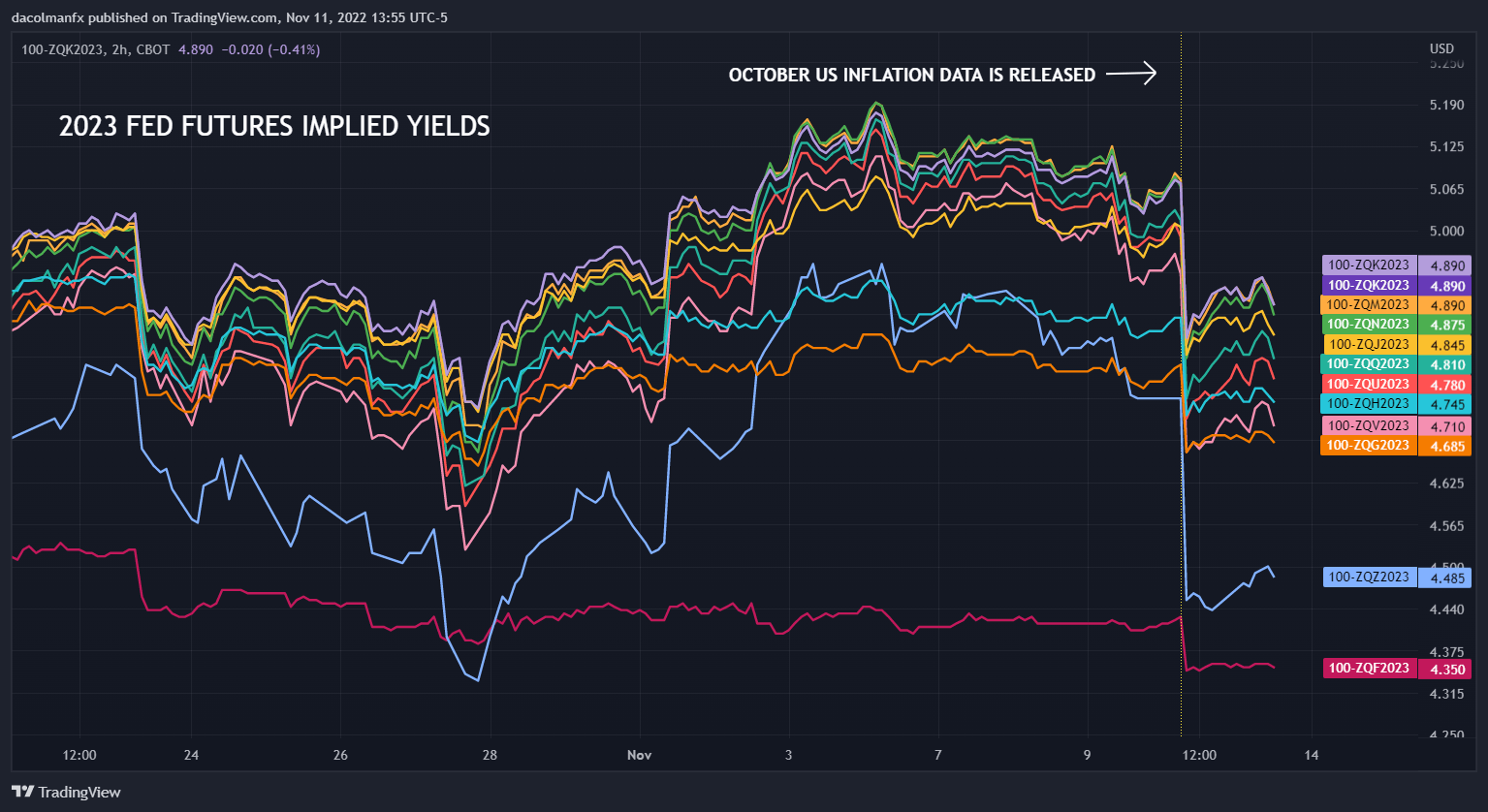 Another factor that could weigh on the greenback in the near term is improving sentiment, which is clearly reflected in the strong and furious equity market rally seen over the past two sessions. If stocks continue to rip in the coming days, high-beta currencies could extend gains against the U.S. dollar, paving the way for further declines in the DXY index.

Although traders who have taken bearish positions in the U.S. dollar recently may be inclined to book profits, triggering a technical rebound, any bounce may prove transitory until Fedspeak or incoming macro data give way to a new narrative. Having said that, the near-term balance of risks appears tilted to the downside for the USD. 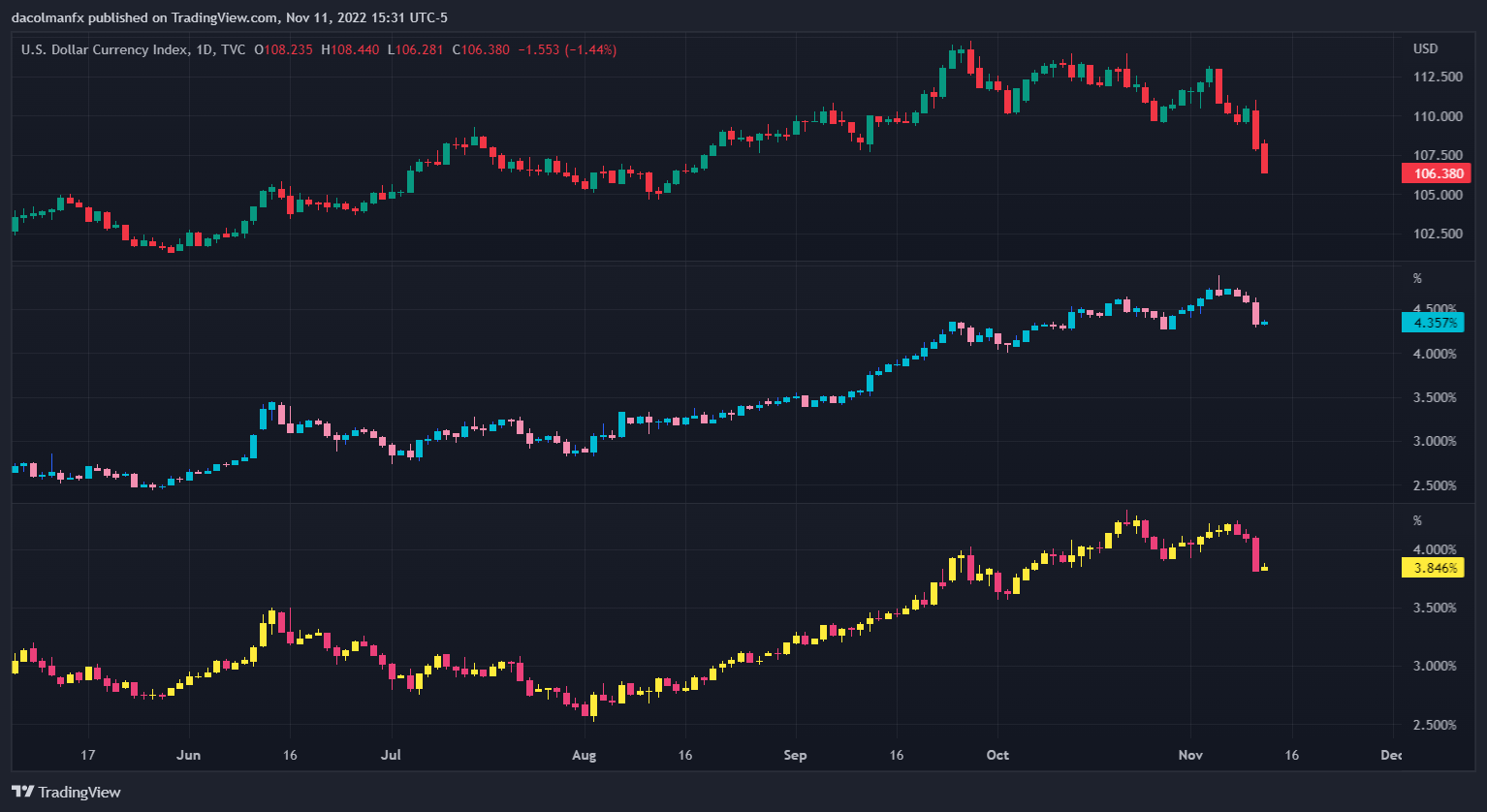